There’s nothing better than walking down the back streets of Northern England and suddenly hearing the Doctor Who theme tune blaring in the distance. Of course, we had travelled to Hull for a special screening of Twice Upon A Time. Inside, little girls dot the front row, bubbling with excitement. The lights go down and we’re taken on one last Moffat/Capaldi adventure… So what is our verdict?

Twice Upon A Time is the perfect send off for the Twelfth Doctor. His goodbye seems to have been taking place for a while now, and this story almost seems understated compared to the previous few episodes. There are no armies of aliens or complicated plot lines, just pure emotion and Christmas magic. Carrying straight on from where we left off in The Doctor Falls, The Doctor and… The Doctor are at the South Pole, and neither of them are quite ready to regenerate. Landing during his own timeline creates consequences he couldn’t imagine and The Doctor is given a choice hard to comprehend.

This story, at its core is very much about who The Doctor is, what the character stands for and what they’ve been through. The First and Twelfth Doctor’s interactions are a treat for Who fans old and new, (despite the overbearing sexist comments that have been rammed into the First Doctor’s character). It’s a love story not only to Doctor Who’s history, but to Moffat and Capaldi’s era of the show. There are references GALORE that will have you jumping out of your seat and a beautiful final score from Murray Gold to say goodbye to the show with a bang. 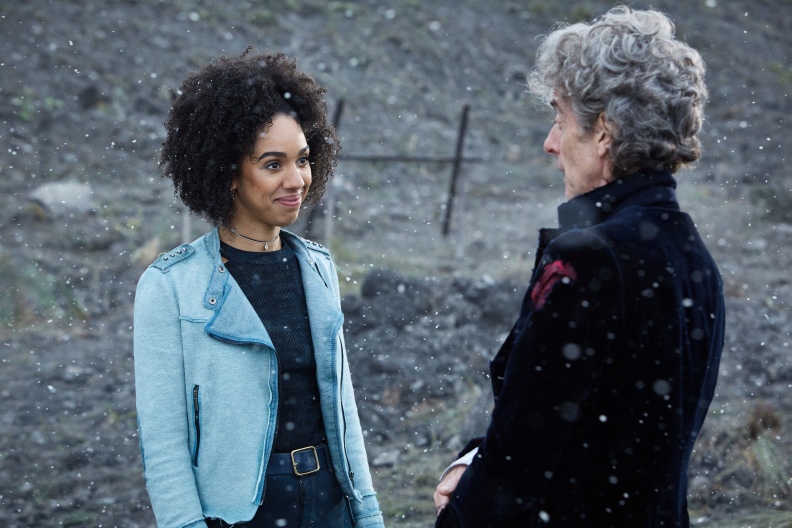 This story also sees the return of Bill Potts who is back to help Twelve on his final journey. This leads to beautiful scenes between Pearl, Peter and David that will bring you to tears. (If their incredible acting doesn’t have you welling up then you may as well be a cyberman!) David Bradley brings a magical, grandfatherly essence that makes it hard to believe he isn’t William Hartnell himself. If those three weren’t enough, we’re treated to a brilliant new character too, played by Mark Gatiss. A great addition to the episode, his character and story is purely Christmas at its heart. A wonderful underlying adventure to the main event, it truly shows what Doctor Who is all about which makes for perfect December 25th viewing.

The second half of this episode is truly heart wrenching. It’s hard to review these parts without including spoilers, but it’s worth the wait, we promise. After all the references and surprises, it’s Capaldi who truly shines and finishes off the last 7 years of Doctor Who beautifully. You can tell he has such an understanding of the character and how much it means to him in every line and action he takes. There is no one quite as hard working and perfect for the role of The Doctor than Peter Capaldi and you can see it more than ever in those last few scenes. This story is truly his, despite having another Doctor appearing in it. Only Peter could have that kind of gravitas on screen.

Twelve’s final moments are beautiful, heart breaking and perfect. You will absolutely wish we could see more adventures with this wonderful version of our favourite character, but as he says in The Return Of Doctor Mysterio:

“Everything ends, and it’s always sad. But everything begins again too, and that’s always happy. Be happy.”

And that’s what we are. Goodbye Peter and goodbye Moffat, and hello to a brand new era.

Twice Upon A Time airs on BBC1 on Christmas Day at 5:30pm.