Doctor Who has helped launch the careers of many actors. Matt Smith was barely known when cast as The Doctor, as was Karen Gillan at the time. Since their stints on Doctor Who both have taken on Hollywood and become well-known stars. The show also helped Billie Piper reestablish her career into acting and she is now one of the most critically acclaimed theatre actresses!

You may have forgotten or never realised some stars of the moment also had their time on the TARDIS, let us know your favourite rising star actress…

Gemma Chan
Probably best known for her role in Humans, Gemma also played Mia Bennett in the Tenth Doctor’s penultimate outing The Waters of Mars. Doctor Who was Gemma’s first job out of acting school and she’s since catapulted to fame in a number of shows and films. She has made appearances in Sherlock, Secret Diary of a Call Girl and the hit movie Fantastic Beasts and Where to Find Them. She’s set to appear in the upcoming film Mary Queen of Scots and has also been announced to be joining the cast of upcoming Marvel film Captain Marvel. Basically, she’s absolutely killin’ it. 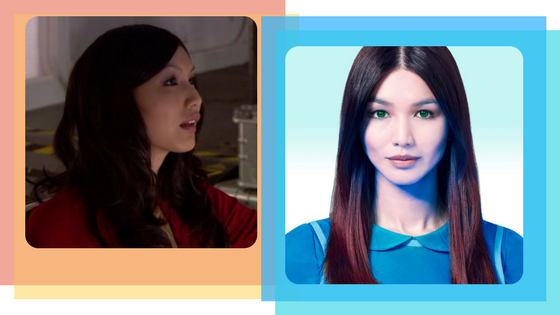 Letitia Wright
Letitia appeared in Face the Raven playing literally two faced Anahson. Since playing the adorable character she has risen to fame in a number of roles. You can see her in cinemas now starring as Shuri in Marvel’s Black Panther and will reprise the role in the upcoming Avengers: Infinity War. Letitia also has a part in the upcoming Steven Spielberg film Ready Player One based on the popular book by Ernist Cline… and we can already tell she’ll be everywhere this year. On the small screen she’s appeared in Humans, Black Mirror and also starred in the ‘Godfather of Doctor Who’ Russell T Davies’s series Cucumber and Banana. Go Letitia! 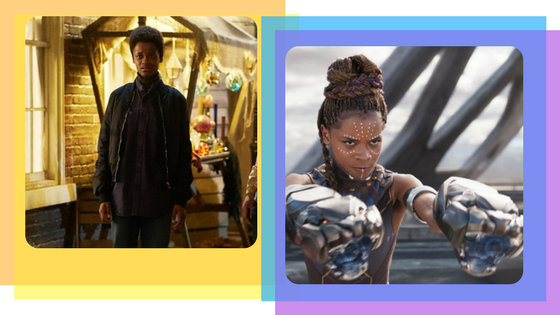 Gugu Mbatha-Raw
Gugu played Martha’s sister Tish in series 3 and we always knew she was destined for more! In 2015 she was nominated as BAFTA’s Rising Star and has since starred in various stage, film and television roles. She is probably best known for breaking our hearts and making us weep as Kelly in the hugely popular episode of Black Mirror, San Junipero and playing Plumette in the live action Beauty in the Beast. Her next Disney role is in A Wrinkle In Time released this year alongside Chris Pine, Oprah Winfrey and Reese Witherspoon. We can’t wait to see what she does next!

Felicity Jones
Before she was best known as Jyn Erso in Rogue One, Felicity made a guest appearance in Doctor Who, The Unicorn and the Wasp as Robina Redmond alongside David Tennant and Catherine Tate. Before this, Felicity had been a child star, playing the lead in The Worst Witch and had a long running role in the radio drama The Archers. Soon after her Doctor Who role she scored herself an Oscar, BAFTA and Golden Globe nominations for her role in The Theory of Everything and is set to become one of Britain’s best loved actors!

Carey Mulligan
Blink is a fan favourite and one of the most acclaimed episodes of Doctor Who of all time. Carey Mulligan’s performance as Sally Sparrow was a instant hit and we still hear cries of ‘Give her a spin-off series!’ Her role in An Eduction saw her win a BAFTA for best actress as well as receiving Oscar and Golden Globe nominations. Since her role in 2007 she’s also starred in Drive, The Great Gatsby and one of our favourite’s, Suffragette. She’s also had huge success in the West End and Broadway on stage. You can currently watch her in the drama Collateral on BBC2 alongside Billie Piper and John Simm, it’s great to watch her on the small screen again.

Karen Gillan
Karen played the long-serving Amy Pond for three years and since leaving Doctor Who has firmly made a name for herself across the pond (pun intended). After leaving she appeared in small indie films and guest roles on television before landing her own series Selfie on ABC. Her big break was when she became part of the Marvel universe as Nebula in Guardians of the Galaxy, a massive feat for someone so recently trying to break Hollywood. Now firmly stateside, she recently starred in the new Jumanji: Welcome to the Jungle and we think she’s going to be more and more in demand, because who couldn’t love her? Karen has also taken to directing and writing with her first feature film The Party’s Just Beginning having had its premiere at the Glasgow Film Festival. 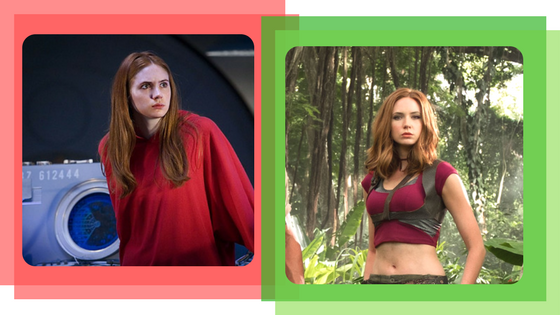 Have we missed one of your favourites out? Let us know on Twitter!

One Reply to “Talent in The TARDIS: the Actors of Tomorrow”