The next series of Doctor Who is (kind of) right around the corner with 6 months-ish to go! To maintain excitement levels in this quiet period, we’ve been thinking about what we hope for the 13th Doctor and the future of our favourite show. Read on to find out our 11 hopes for series 11…

As the casting for series 11 has revealed so far, the TARDIS team has gained lots of fresh faces on the show this year. We’re hoping representation is at the forefront of the show including people of all genders, ethnicities and sizes in stories! Something Doctor Who does best is keeping up with change in the world and being an advocate for people from minority backgrounds. Saying that, more work still needs to be done and we’re looking forward to seeing Chibnall’s take on this for his era of Who!

The past is a vast subject that can provide endless prospects for Doctor Who stories. Famous figure-heads, world changing wars and the history of the human race lies ahead for The Doctor and her friends! Since we’ve only been given a handful of historical adventures in the last few series, we’d love to see more stories that help shape our new companions and teach the audience about what led us to the society we’re in today. And what’s better than a TARDIS team in period costumes?! Bradley Walsh in Tudor attire? Big yes! 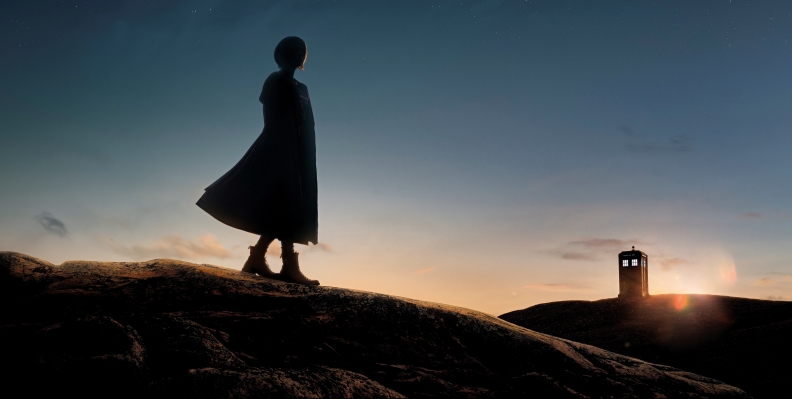 We’d love to see the 13th Doctor fend off new monsters and villains as she navigates through her new regeneration. The last few series have lacked any long-lasting iconic new monsters, so some creepy new creatures are just what’s needed to send us behind the sofa, and we honestly can’t wait to be scared – scare us damnit! Every Doctor has had an iconic villain and we’re excited to see what 13’s may be. Robots, aliens and villains galore, there’s a whole universe of baddies to defeat…

Visits to far-away worlds is what the Doctor does best, excitedly showing her TARDIS team the universe. There’s nothing we love more than stepping foot on a new world and discovering what hides in the shadows. Some of our favourite Who moments are on alien soil and we can’t wait to watch our new companions witness new worlds and see things through their eyes. Give us brand new planets, civilisations and cities to explore!

Doctor Who was originally created to be an educational show and teach its young audience lessons about history, science and other very school-based subjects. Throughout the show’s history we’ve been taught life lessons, historical moments and scientific facts that have stayed with us. We’d love to see if the show can still teach the children who watch, and challenge the thoughts of adults who swear by it. From social and political behaviours to the way our planet works, Doctor Who is our classroom and The Doctor is our teacher. 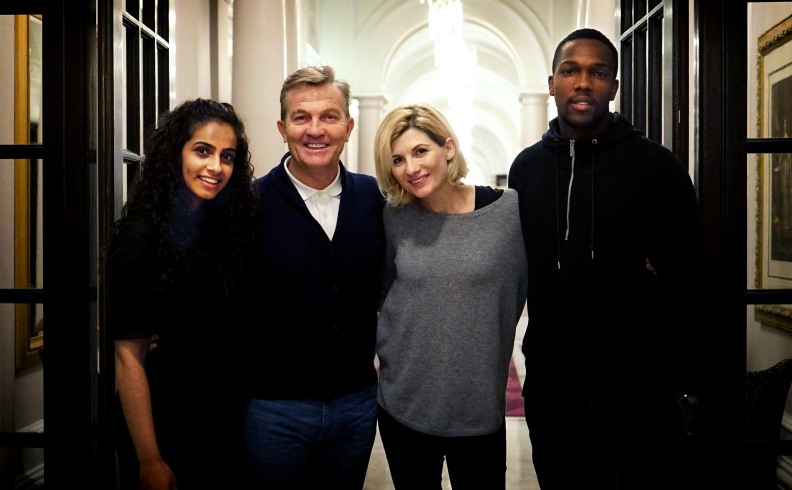 Series 11 is a complete overhaul for the brand of Doctor Who and we can’t wait to see its shiny new format. We hope it’s new, fresh, exciting and blows the television world apart. New Doctor, new TARDIS, new logo; we’ve already been treated to some elements of the re-brand and these teases made us drool in anticipation. We want to see more – more of her costume, new writers and directors, the show could go anywhere.

As a family show, one of our favourite elements is the feeling of a team or family aboard the TARDIS. We know that Yasmin, Ryan and Graham are joining the Doctor for adventures, so are our dreams of having a full TARDIS coming true? Which characters will we relate to? Who will be our parental figures or our dream best friend? We can’t wait to find out!

Twice Upon a Time left us questioning just how The Doctor will survive that cliff-hanger. After regenerating from into the 13th Doctor, the TARDIS threw her overboard mid-flight leaving her falling down to Earth! Well, we presume it’s Earth. WE LITERALLY DO NOT KNOW. How will she get out of it? How does she meet her new companions? Where does that outfit come from? Damnit Chibnall, we want answers!

There have been some amazing women working on Doctor Who in recent years, but unfortunately only a handful. With new Who only producing 3 female writers so far, it’s kind of not good enough?! We’re really hoping that the team recruit more women to bring the first female Doctor to life. They could even go as far as splitting the writing duties equally, and making sure people of different ethnicities and sexualities are included so we can get the most realistic and fair version of Doctor Who as possible.

We love a good story arc! Threads sewn throughout the series that pay off in the finale is a traditional Doctor Who trope that works perfectly with its format. We want to spend every week analysing and creating theories about what’s to come. We’re loving all this mystery surrounding series 11 and really hope it continues into the show whilst on air so we can experience some truly jaw-dropping moments.

Recent Doctor Who has been an emotional rollercoaster to say the least. With saying goodbye to the 12th Doctor and Steven Moffat’s whimsical era, we’ve almost ran out of tears! We’re looking forward to hopefully having light, fun Doctor Who again after Steven’s darker, more complicated classic take. Of course, all eras of the show are different which just adds to our excitement about where this one will take us.

What are your hopes for series 11? Let us know by commenting below or tweeting us!