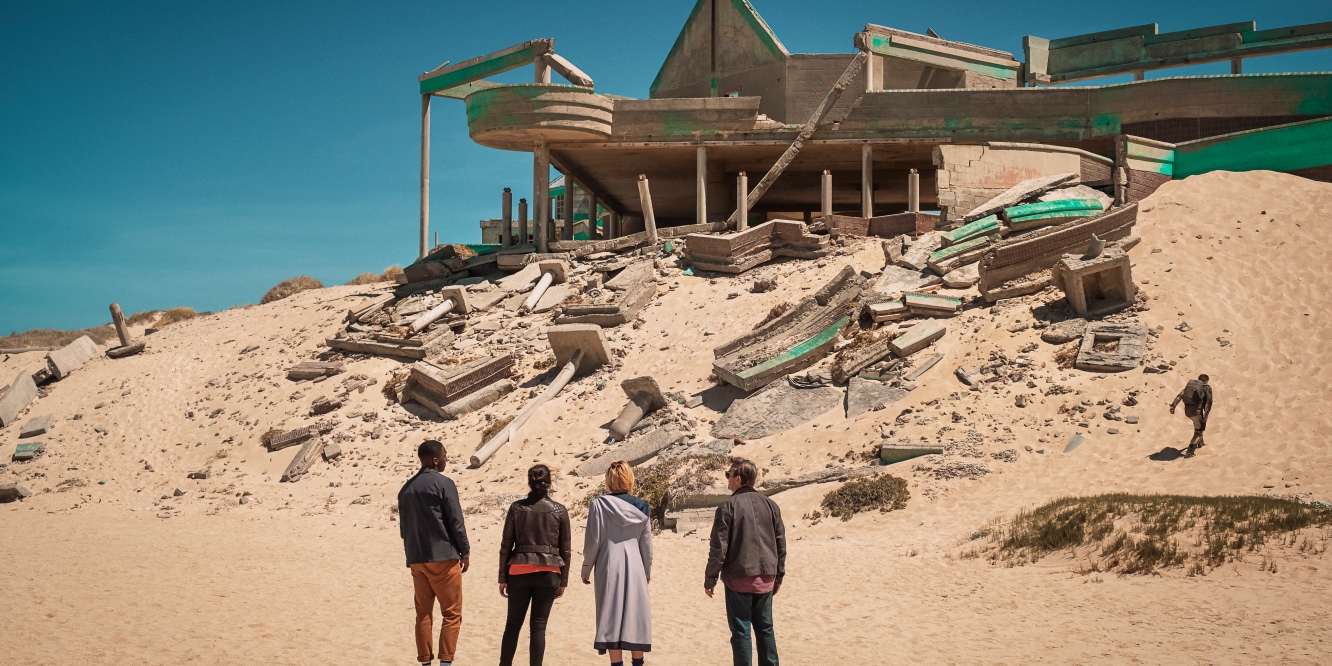 The title sequence makes its triumphant return this week in The Ghost Monument. The elements which make up the sequence feel cinematic, as if we’re sat down in front of a high budget Doctor Who movie opener. The theme tune has been updated wonderfully, but not without a hint of the original 1963 track. Seeing the names of our cast members appear along with the brand new visuals is a real treat after getting to know their characters in The Woman Who Fell to Earth.

The Ghost Monument picks up exactly where we left off – with the gang floating perilously in space, about to face its vast doom. This feels beautifully reminiscent of 1960’s Doctor Who where most stories led into a continuous adventure.

The Doctor’s new friends miraculously survive their fate and end up on their first alien planet, where adventure awaits. Jodie Whittaker gets her chance to shine as the Doctor with Chris Chibnall’s witty writing and fun dialogue, getting to show Yasmin, Ryan and Graham the type of life that she leads for the first time. The setting and visuals are stunning, beautifully shot and give a real sense of scale to the location that it makes you feel they really popped into space to shoot the story and came back in time for tea. 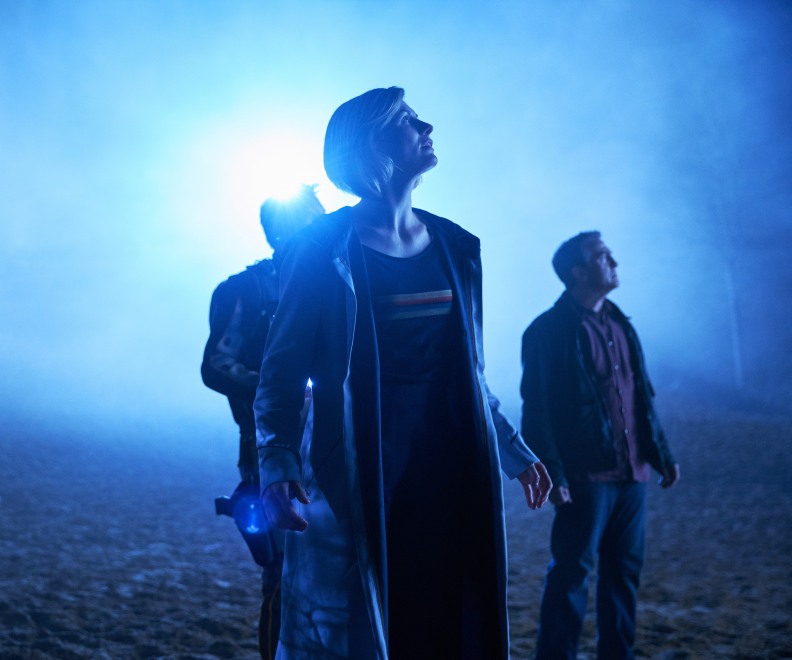 The direction of each scene feels very different from what we’re used to in Doctor Who. Mark Tonderai brings the audience into the story effortlessly with each carefully thought out shot, blending the camera so closely with the characters, it’s as if they’re talking to you or vice versa. This can be beautiful but sometimes brings you out of the story with how it chops and changes. This direction coupled with Segun Akinola’s atmospheric soundtrack show that this series of Doctor Who really means business.

The guest cast prove that less can sometimes be more, especially with a well written story. The plot is simple enough, occasionally taking a dip into complicated dialogue but not without concepts that make it accessible for new viewers –  as well as having that old school Doctor Who feel for long time fans.

The Doctor uses each opportunity of threat to teach and educate her friends, proving she is still the same character we’ve always loved. There is some lovely character development and plot threads that begin to weave throughout, leaving us with a whole host of potential story arcs and questions.

The real gem of this episode is in the last scenes. But you’ll have to tune in to see why…

Doctor Who – The Ghost Monument will be on BBC One at 6:55pm on Sunday 14th October.